Would you believe me if I told you there is a Romanesque church, dome and all, in the middle of Birmingham? No? You’d be right. But there is one in Five Ways/Edgbaston. The Birmingham Oratory was built between 1907-1910 in honour of Cardinal, now Saint, John Henry Newman, the founder of the English Oratory in 1849. The Birmingham Oratory is a Catholic religious community of priests and brothers of the Congregation of the Oratory of St. Philip Neri, and was their first house in England.

Saint Philip had the gift of healing, returning many sick people to health.  He lived in close contact with the supernatural and experienced frequent ecstasies.  Those who witnessed him in ecstasy gave testimony that his face shone with a heavenly light.  He always had a delicate health.  On one occasion, the Blessed Virgin Mary appeared to him and cured him of an illness of the gallbladder. Pierced Hearts 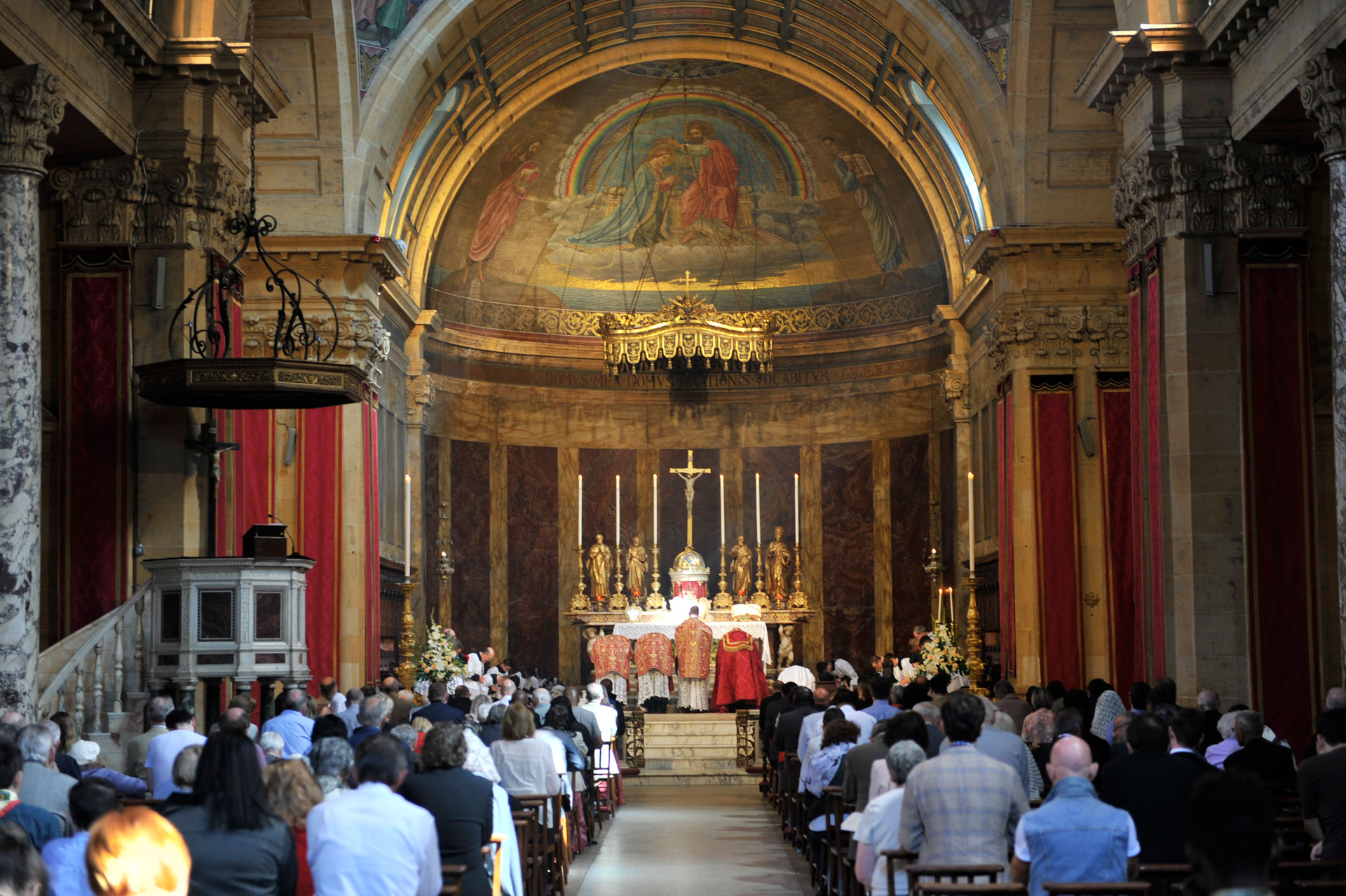 Saint John Henry Newman visited to Rome to explore the possibility of establishing an order of Oratorians. He returned to England, with Pope Pius IX’s formal approval, to establish an English Oratory. I’m not sure how the Hagley Road must have looked like in 1907, I imagine a lot more pious than it does now. It is extraordinary to me to think that within sight of my seat in the office there is a gorgeous Romanesque Oratory, which I can visit on my lunchtime for Mass if I so choose (I haven’t yet) and few people know it is there.

It has just occurred to me that I should have a Catholic section to my blog.

I digress. The Birmingham Oratory is a wonderful tranquil place, a stone’s throw from the centre of Birmingham. It is rife with history and is a constant reminder of the marvellous work Saint John Henry Newman did in furthering the Kingdom of God. This ‘furthering’, whichever religion we profess, or don’t, is surely a noble aim indeed. Achieving it in one’s lifetime must be an extraordinary thing.

Find out more about the Oratory here.