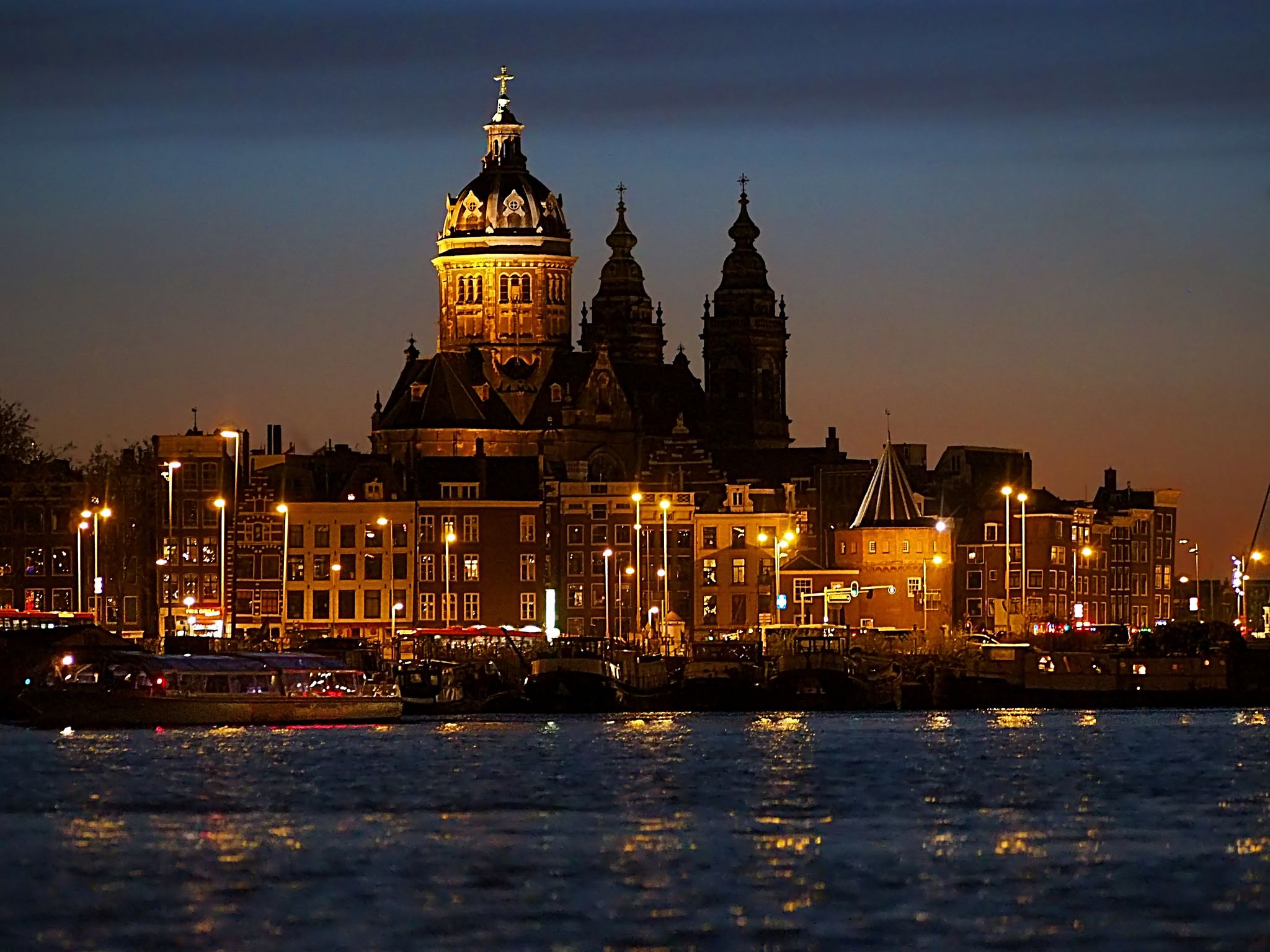 Recently I had the grand and heady pleasure of being in Amsterdam. In so going I had planned to avoid sobriety for all of one hour. This was of course the hour of Mass, which I spent solemnly (pun intended) at the Basilica of St Nicholas. Though only 125 years old, this church was uniquely fascinating and undoubtedly splendid.

The church is built on a previously urban site, necessitating a northwest-southeast axis to be adopted, rather than the standard east-west axis. It lies between the street, Prins Hendrikkade, and the canal, Oudezijds Kolk. When built, the church was called St. Nicholas inside the Walls, i.e. inside the Amsterdam City wall, the oldest part of the Amsterdam defence works. The architect, Adrianus Bleijs (1842-1912) designed the church based on a combination of several revival styles: the most prominent being the Neo-Baroque and neo-Renaissance. Wikipedia 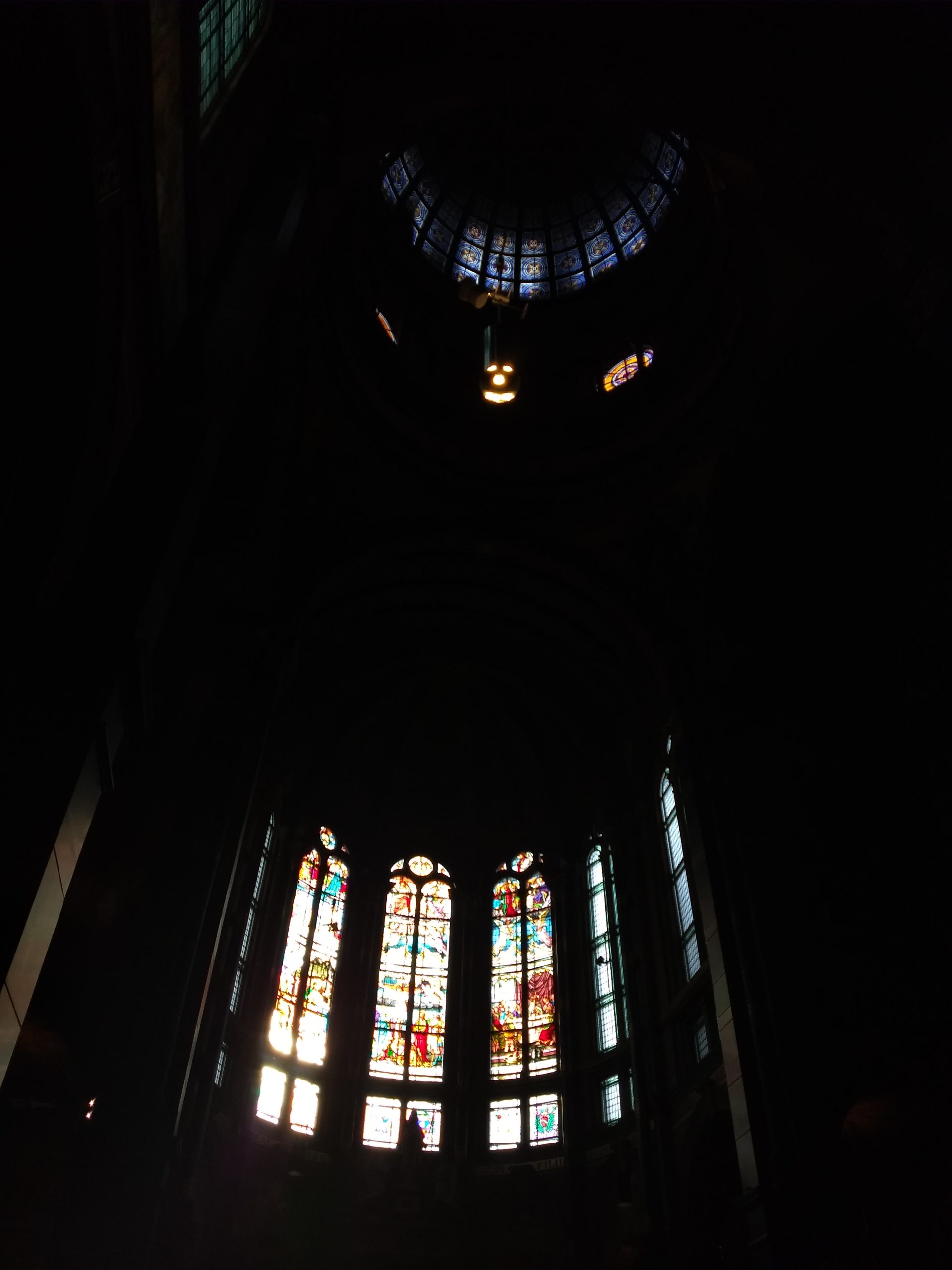 I was criticised last time I posted anything to do with Mass so I shall jeep well away from the subject, suffice to say that the service was rather Dutch and completely unintelligible. I did not comprehend a word of De Heilige Liturgie van de Dertigste Zondag door het jaar. But perhaps this is just as well.

The main facade is flanked by two towers, with a rose window in between. The centre of this window contains a bas-relief sculpture, depicting Christ and the four Evangelists, made in the Van den Bossche and Crevels workshop in 1886. A sculpture of the patron saint of both the church and the city of Amsterdam is also placed in a niche in the upper section of the gable top. The well-known sculptor Bart van Hove (1850-1914) made the sculpture in 1886. Wikipedia

Overall I was impressed, though did not fully appreciate, the magnificent grandeur of this place of worship. And an added benefit of this post is that it falls on my Father’s birthday. Being not in the least bit Catholic, this is sure ti iritate him slightly, which is ever son’s duty in the end.

Bleijs used a variety of revival styles during his construction of the church. Baroque and Renaissance are the two most prevalent styles that are seen. The beautiful façade has a rose window situated perfectly between the two towers and is the main focal point of the exterior. There is a stunning bas relief depicting Chris that was created in 1886. The relief was made by Van den Bossche in his workshop and includes the four Evangelists with Christ. Netherlands Tourism